When it comes to summer vacation, one of the most beautiful and most desirable places is the Island of Taiwan. This is an amazing and exotic province of China, where you, besides only sunbathe on the beach sipping a refreshing cocktail, can also go into the fascinating mountain hike, meet wildlife, diving and do many others interesting activities, which will be described in this article. 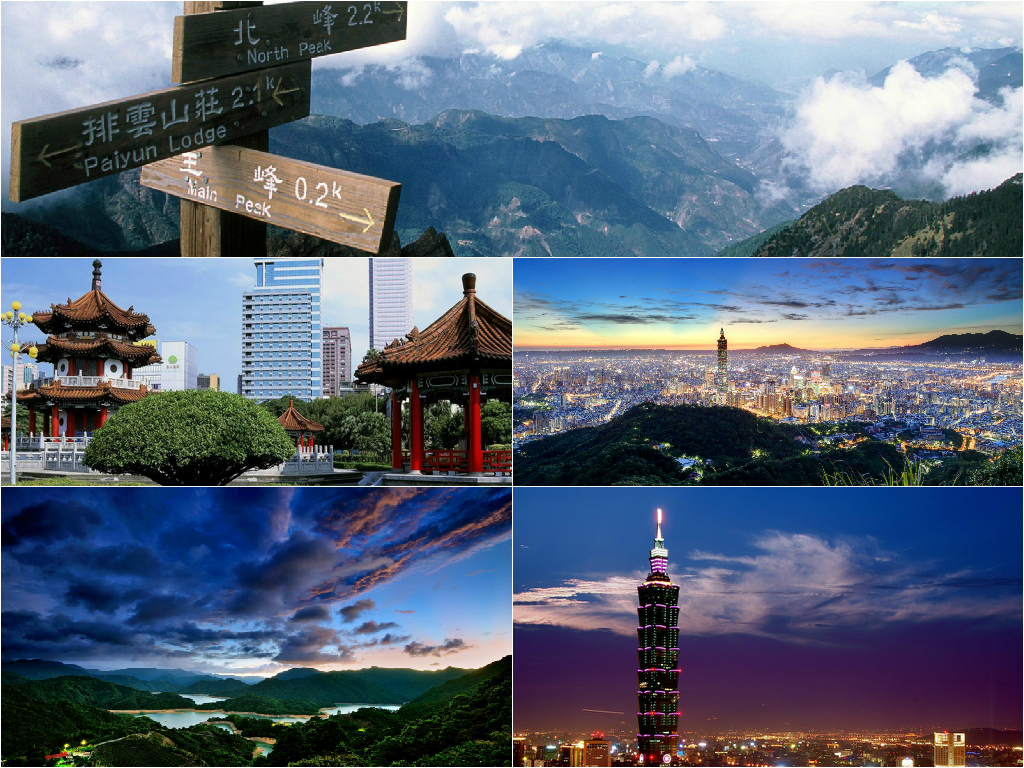 Types of recreation in Taiwan

Leisure activities and excursions. North Taiwan is famous for the two cities, where tourists will definitely have something to see - the capital Taipei and the city Tainan. Taipei is a unique example that combines the modern Western metropolis with traditional Chinese buildings, and all this is surrounded by a multitude of parks, gardens and greenery. Also there are a lot of interesting museums in the city. The most famous of them is the National Palace Museum. 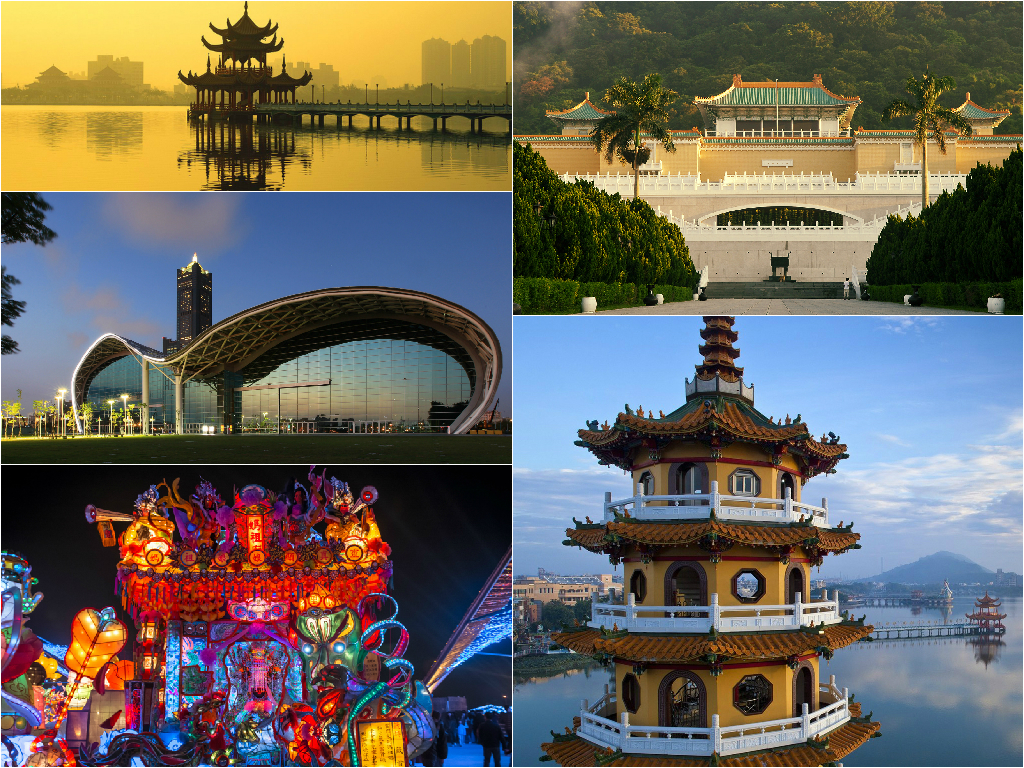 There is a small resort town Kee-Lung that is situated in 25 km from Taipei.  Here you can see a statue of the Buddhist Goddess of Mercy in height of 23 meters, the stunning views of the harbor from the observation deck near the statue (it is located on the top of the hill), visit the famous park Yehliu with a unique shapes of rocks.

Beach vacation. Town Ki-Lung, which we have already mentioned, is the best place to relax on the beach. We particularly recommend you the beach China Shan, because it is the most equipped. Also, you can sunbathe and swim on the beach in Kenting, Kaohsiung, near Hualien. 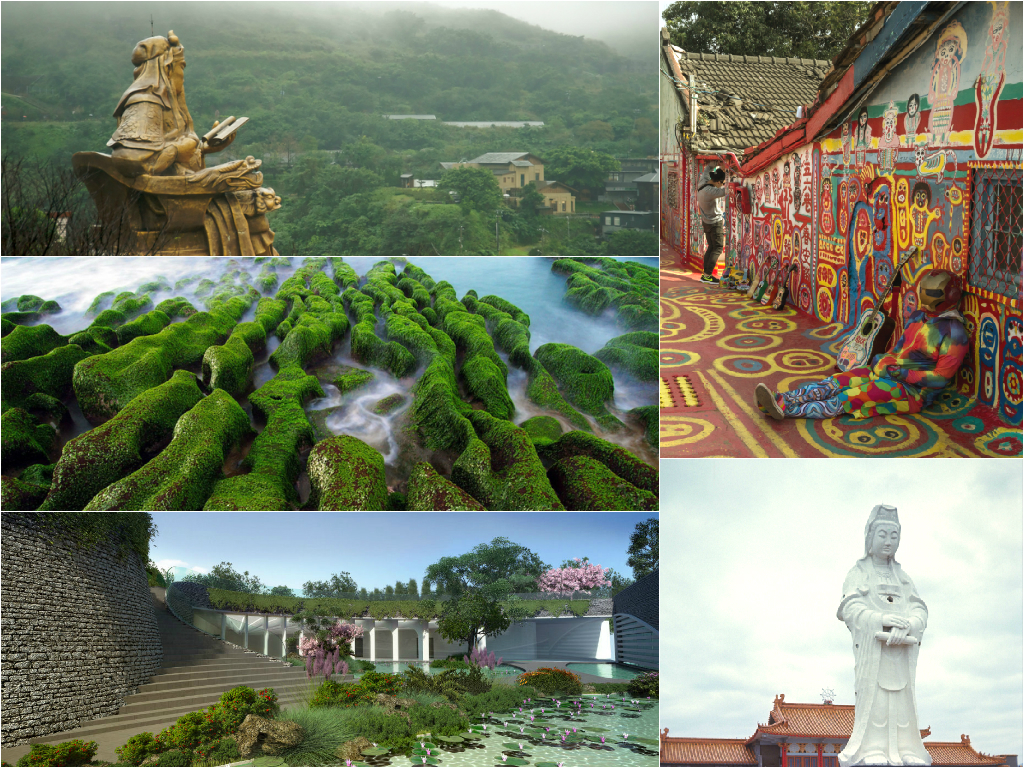 Ecotourism. Approximately 19.5% of the territory is occupied by Taiwan's parks and natural reserves as the country is the birthplace of many species of flora and fauna. The most famous sanctuaries that will accurately be appreciated by the fans of eco-tourism: Yushan, Yangmingshan, Kinmen, Kendin, Taroko. But it's important to know that, foreigners have to have an official permit from the police for the visiting them.

Water sports. Although Taiwan does not take first place for diving in the world, but many note that scuba diving in the clear blue waters of the country is great pleasure. Underwater reef Chun Liao, Green Island, Penghu Islands and the Island of Deer are most often selected for diving.

Taiwan's East Coast is great for surfing. There are good waves, even despite the fact that the terrain is rocky. You can go surfing year round, except for the typhoon season, which begins in June and lasts till September in Southeast Asia. 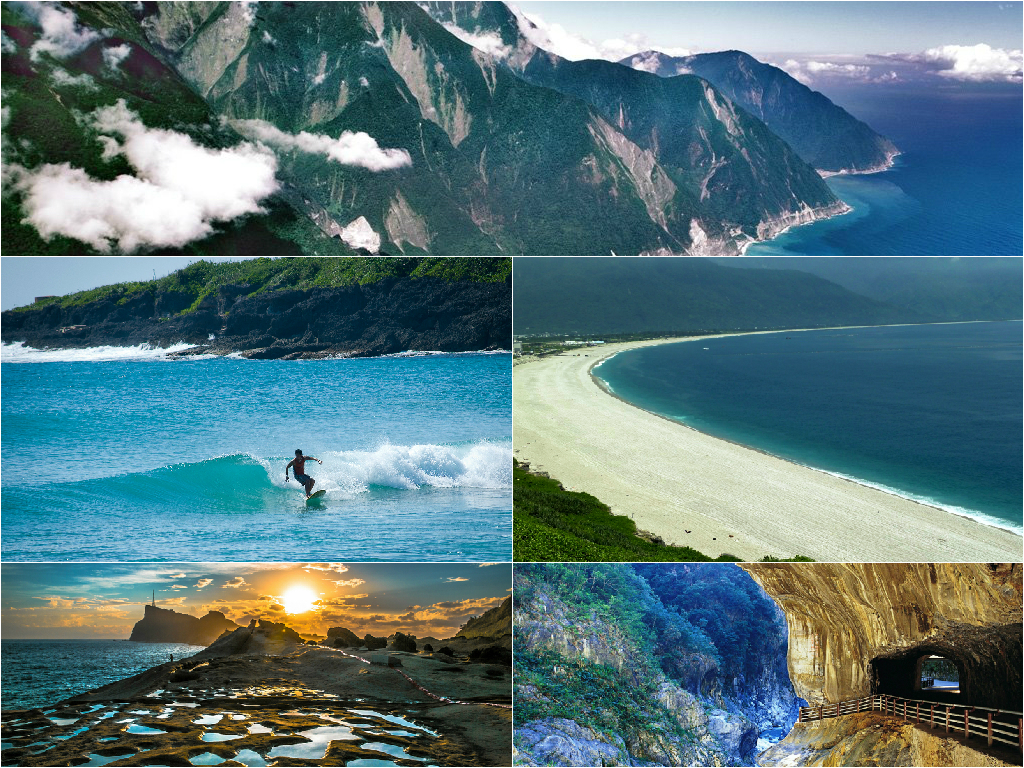 Also you may like to read: Divine Bali - Your Dream Vacation

Firstly it should be noted that there a huge quantities of the sights and attractions on the island and it`s impossible to visit all of them for a standard trip. But we`ve made a list of what every tourist must see in the first place: 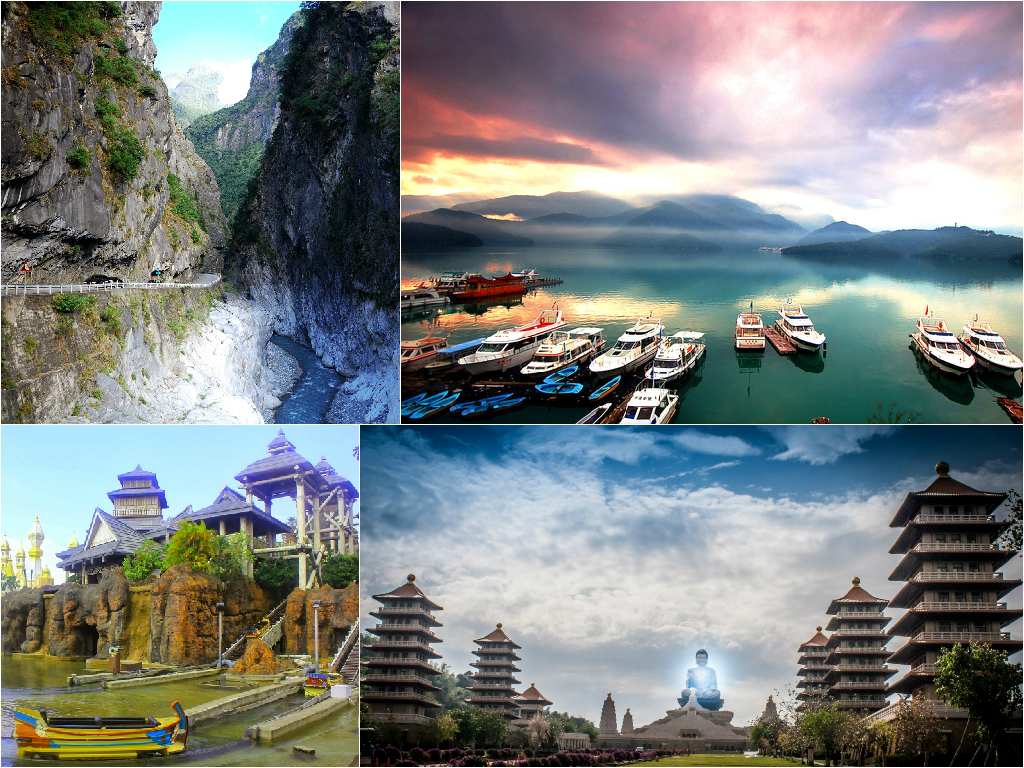 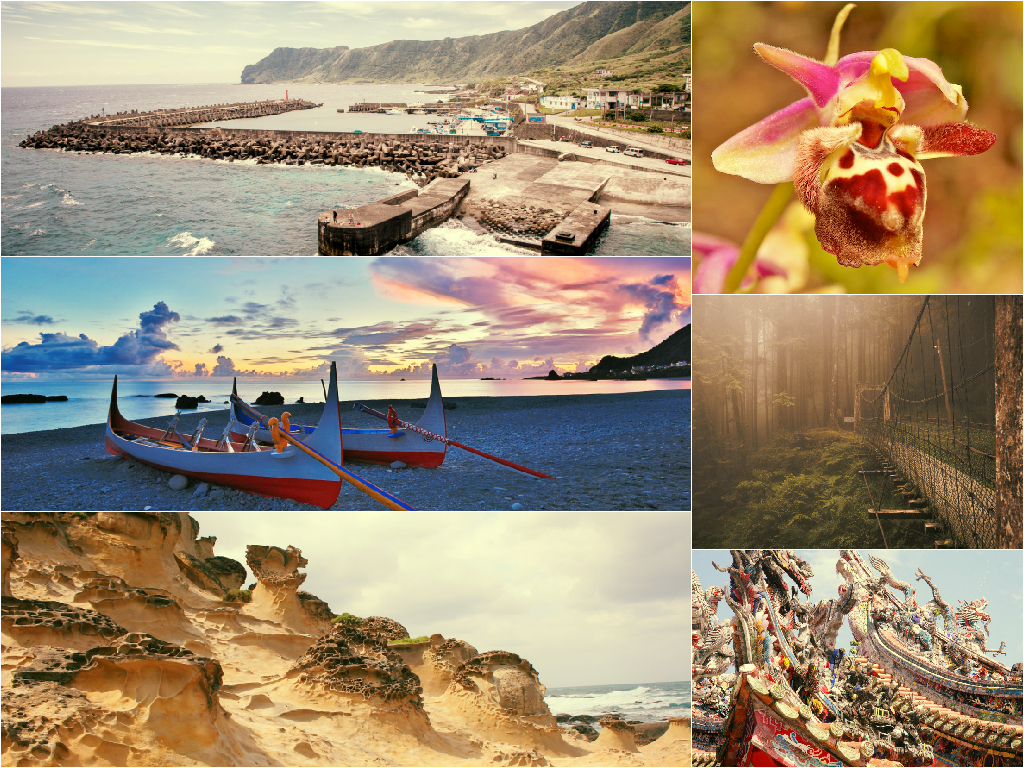 Also  you may like to read: Beautiful Spain: Where to Go

Taiwanese cuisine, though succumbed to the influence of Japanese cooking, is still basically the same as well as kitchen of East China. The main component of traditional dishes is the seafood. Therefore, the tourist just has to try boiled fish with herbs, fried prawns with the cashew nuts, grilled eel "Nyingpo" fish soup "Xian-yu", a small fish in a peanut sauce, roasted mushrooms with a crab meat.

There are dishes that are so easy to being tried in Taiwan, as they are cooked only at certain times of the year or any holiday. For example, the moon pastry cab be cooked in the autumn, during the Feast of the Moon; you can try rice dumplings only during the Festival of the Dragon; spring rolls are served in April. 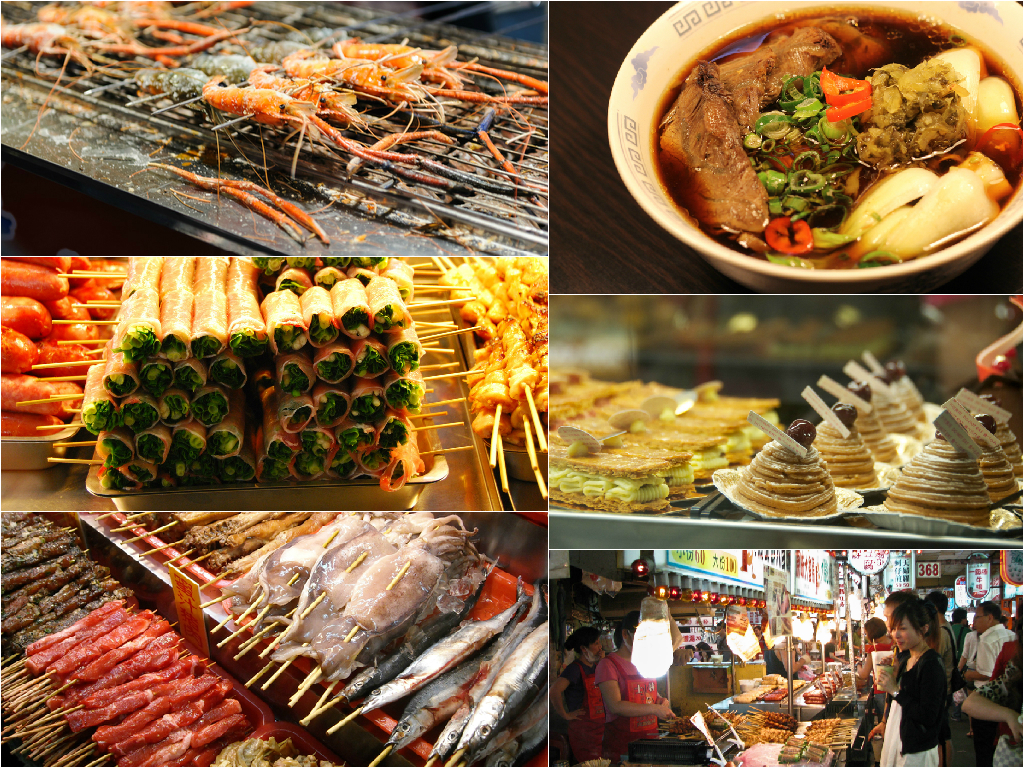 A favorite activity of tourists is to buy souvenirs themselves and for their family. Traditional greeting cards, magnets, Chinese lanterns can be found almost everywhere. But we recommend you to visit the capital souvenir market, which is located on the central subway station. 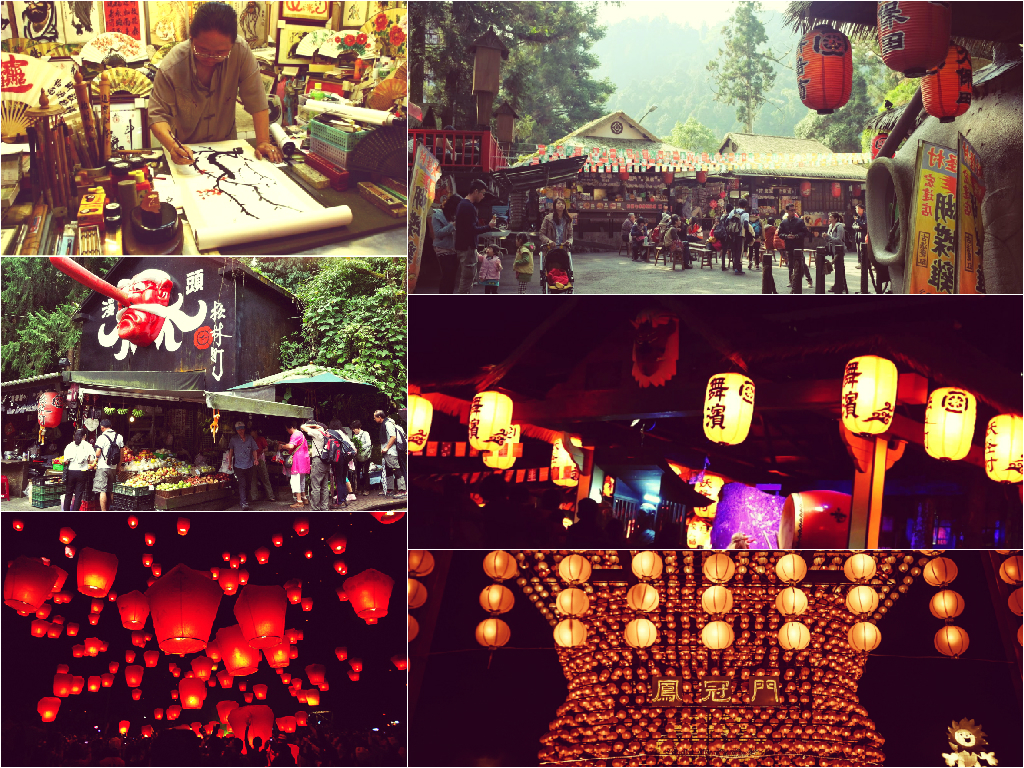 This is a huge building with the 4 floors, where the souvenirs are collected from all over Taiwan. Products on the market are genuine and a part of national culture.

Enjoy your shopping and hanging out in the beautiful Taiwan! And also visit our flower catalog on UA-Flowers.com.

Last updated: 2015-08-05
Section: Articles
Do you like this article? Tell your friends:
Author: Anastasiia Art
Read also
All articles
To top